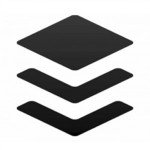 I have been doing some research recently into social networking buffering tools and one that has really got my attention is a buffer tool called Buffer App. I honestly think I have found one of my new most trusted pieces of software that I will be using for myself and all client projects, it is that good. So let us delve in a little deeper shall we?

What exactly is a Buffer Tool?

A buffer tool like Buffer App essentially solves a major problem in social media marketing, which is, “How do I get a regular schedule of updates to all my social networks?” None of us have the time to everyday log into each social network and provide a unique update three to five times a day, which is really what is required as part of an effective social marketing plan.

Now the savvy among us use the power of our mobile devices so that as we go about our day and when we see something of interest on Twitter or a blog we immediately share it at the push of a button on our smart phones or iPads. However there is only one flaw with this plan.

This works to a degree but most of us generally have a set time in the day when we properly consume information and find interesting things to share with our social networks. For myself personally it is in the morning when I read my blogs, tweeps etc. So what happens during these sessions is that we find great stuff and then share it at that time, so what can happen is 3-5 tweets, Facebook updates etc. all at virtually the same time.

This is not good and will not help to spread your message and influence to the greatest number of people in your social networks as people log in at different times of the day. Also many people's feeds are completely overflowing, so you need a greater number of updates to be noticed. So what is the solution.

This is where a buffering tool like Buffer App can step in and truly help solve this problem. Instead of showing all your tweets, retweets, posts etc. at the same time you simply share it to buffer app and it then queues it into your own social network buffer, which drip feeds your interesting news typically three to four times per day (which is a great rate). Buffer App also gives you the ability to change the settings for when it updates your social networks but the default values for most should be fine.

My only suggestion to the Buffer App Team…

As great as Buffer App is, I would really love to see it include Google Plus as a social network to buffer. It currently supports Twitter, Facebook, Linkedin and App.net. By adding Google Plus I would really rate this buffer tool as the best thing to happen since sliced bread, seriously.   🙂 Good to see that the Buffer Team are aware of this possibility and are working on it though, so well done guys!

At this moment I am unaware of anything else like Buffer App , however I'm sure there must be in this age of intense global competition. So would love to know what your thoughts are on Buffer App and if there is anything else especially if it supports Google Plus. However for now because of what it can do and how easily it does it, it gets my full recommendation. Get Buffer App today is all I can really say and if you do happen to find something better, do let me know below 🙂

P.S: Some people are wondering if Buffer App costs anything? Well the simple answer is yes and no. No it doesn't cost anything to use the bulk of the features that most users are going to need. However yes there is a monthly fee of $10 per month if you want an unlimited buffer, up to 12 social network profiles and up to two users managing the buffer profile. If you want to signup immediately for this you can click here.

PS: Another idea for BufferApp!

Give Your WordPress Website the Feminine Touch Let’s be honest for a moment. We all know WordPress is not the best looker for website design and layouts. Sure professionals can hack it but for most…

With so many landing page software solutions available it’s hard to determine which one is the best for you and can meet all your requirements. When I came across LeadPages I instantly knew this was…

As I logged into my WordPress dashboard this evening I noticed a new plugin called SEO Keyword Suggestions by HitTail version 1.01. Now this was something that immediately got my attention as I am looking for…

listen to ‘eMarketing on a budget overview’ on Audioboo 16 eMarketing Strategies   For Small Online Marketing Budgets   Are you struggling to market your company online? You are not alone! Especially when doing it…

I was asked to test drive the buffer application from Tweetbook.Club while I was using BufferApp for a little time. They were using another name in the past but decided to rebuild the complete code. (I do not know the developers or company. Only tested a few features.) Tweetbook.Club is using more or less the same options but besides that they are offering a few really nice features I never saw before. It is still in development as far as I know but it is very promising. A few things I saw were publishing to your own web site (with… Read more »